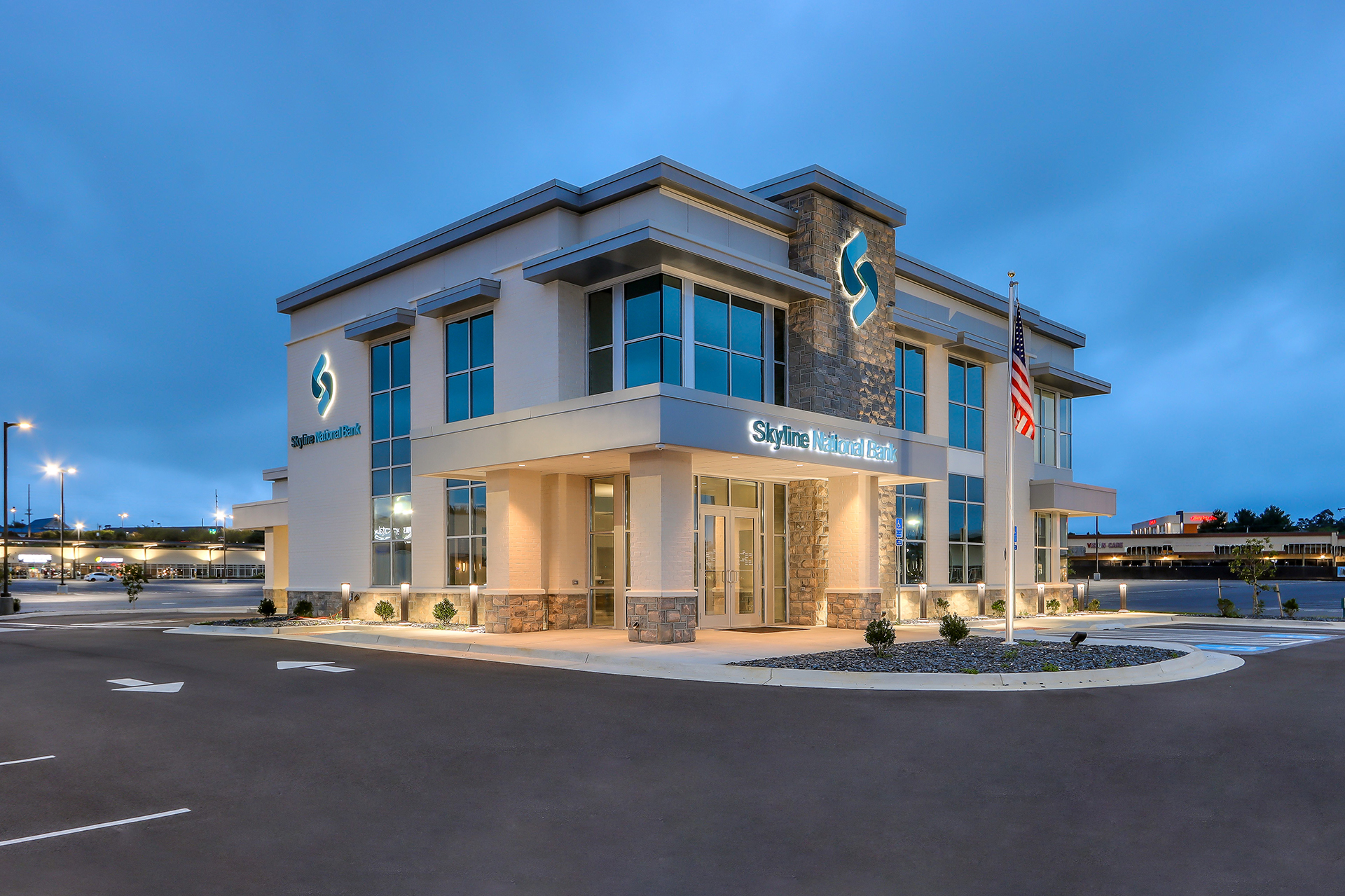 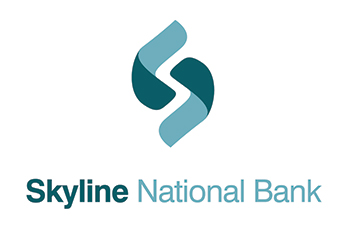 “We are excited to open a regional branch to expand our services and further meet the needs of consumers and business owners in New River Valley,” says Mr. Jonathon Kruckow, EVP/Regional President. “We look forward to continuing our combined 200-year tradition of community banking represented by the merger of two longtime community banks in this region.”

“We believe that this building represents both the history and the future of this community,” continued Mr. Kruckow, “and that it will quickly become an icon at one of the busiest intersections in Christiansburg.” The building was designed to integrate with other new and re-developed retail stores in the New River Center. The exterior design has a modern aesthetic that incorporates light-colored materials, including metal and brick, with “Hokie Stone,” which is a unique grey limestone rock found in the New River Valley. Hokie Stone is also a signature element used on the buildings throughout the campus of nearby Virginia Tech.

The interior design combines Skyline’s branding, logo, and corporate colors, resulting in a vibrant space for customers and employees.  Customers are greeted by universal bankers and served either by way of two floating teller pods or three new account and loan offices. The lobby also includes a welcoming waiting area with a coffee bar. 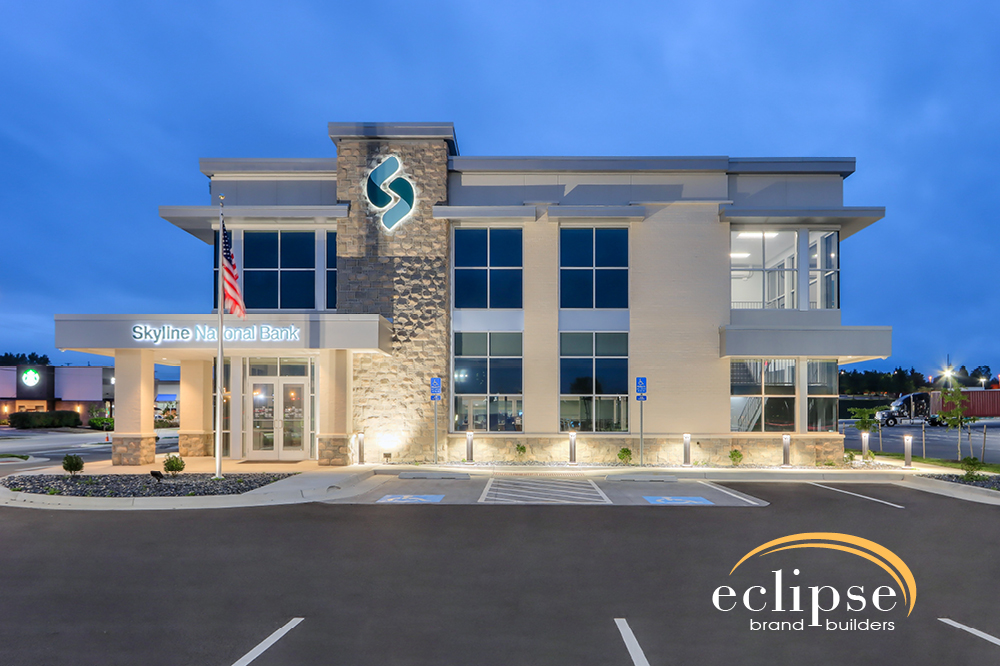 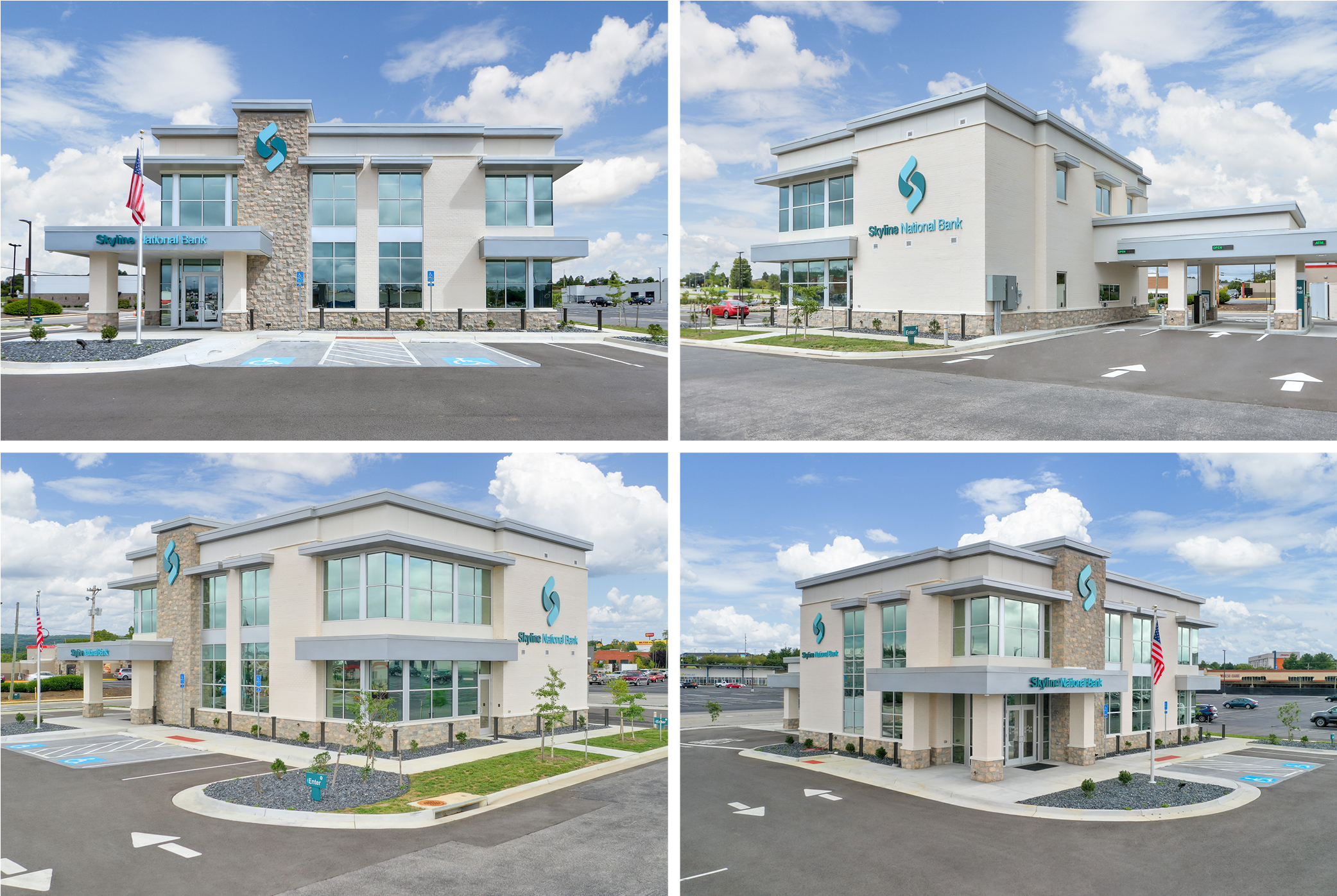 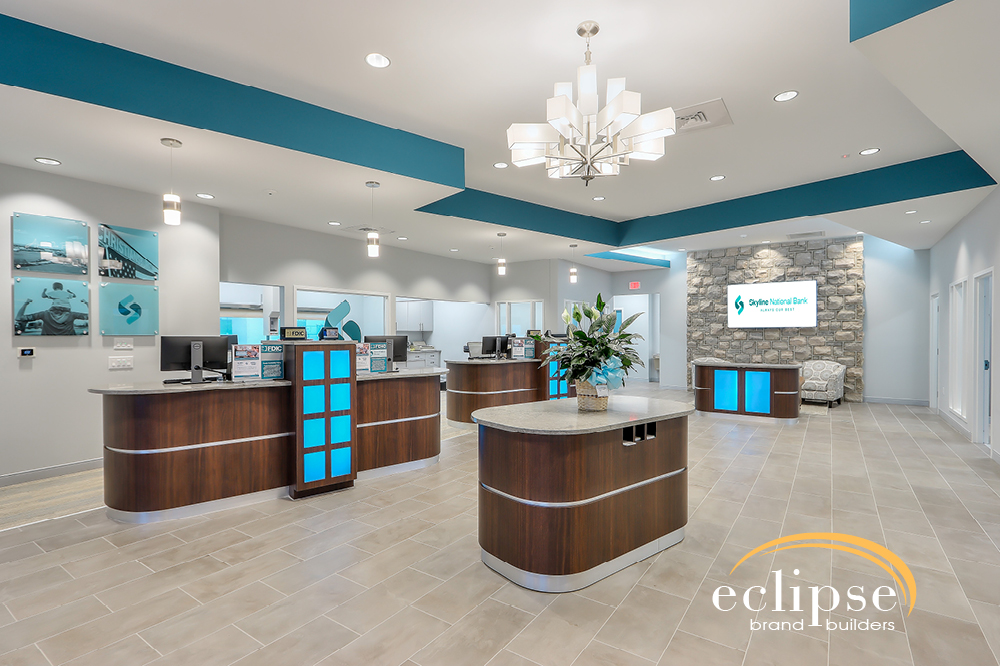 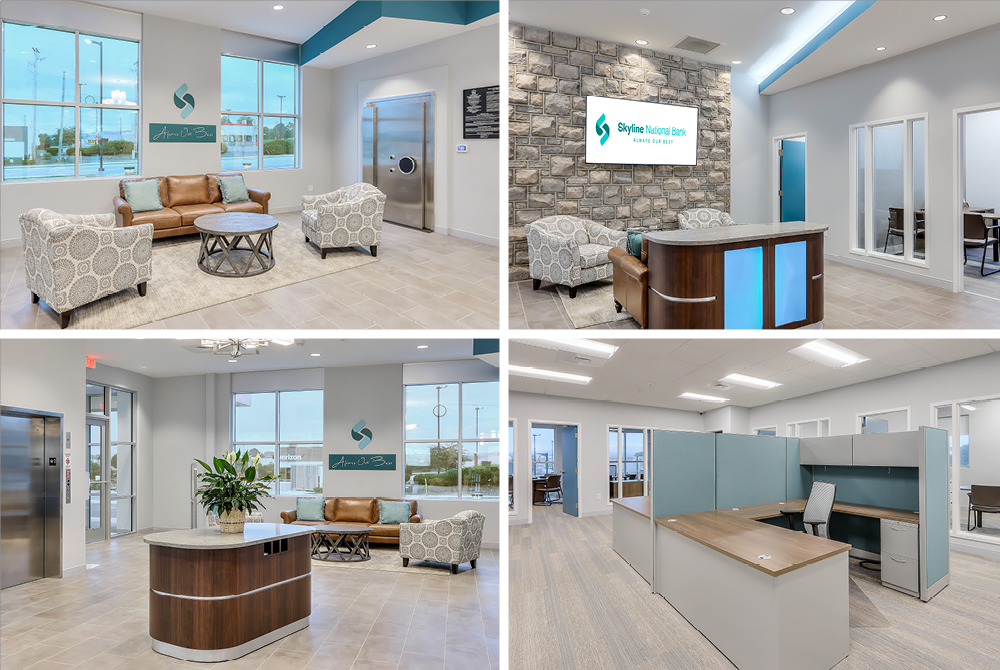 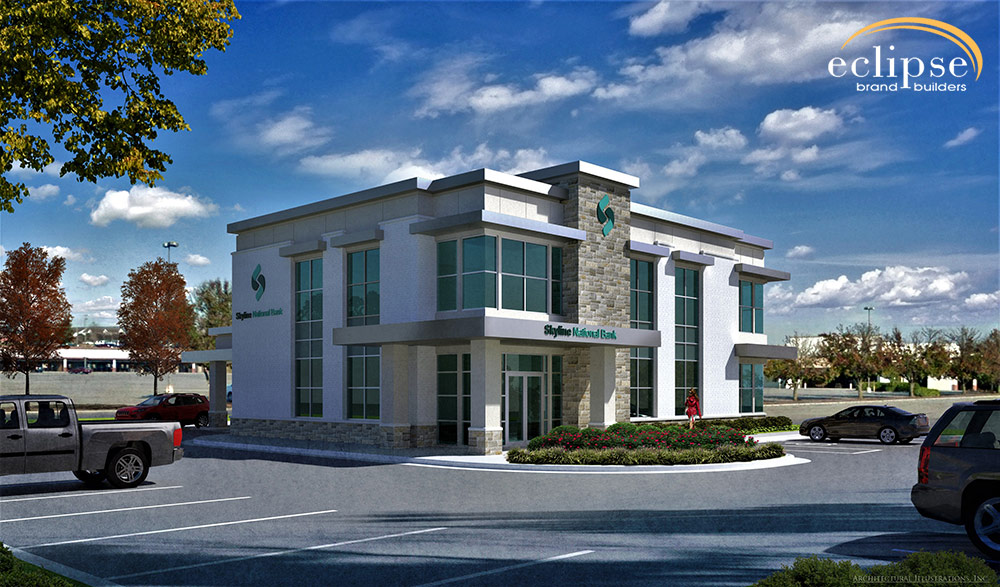 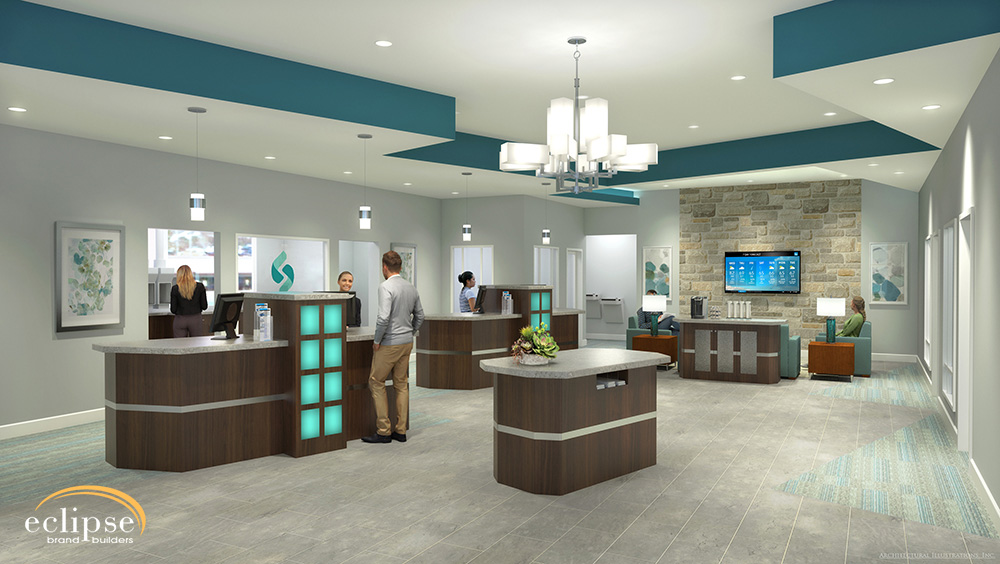